As Wifi becomes the technology of choice for the home network, the demands on Wifi APs and Wifi gateways are getting more nad more intense.

We’ve added five new tests in our Wifi test module that flex a DUT’s handling of association, and that Wifi beacons are compliant with the standard. This includes tests for graceful restart, connection negotiation based on mode, and stress tests for association/de-association.

In addition, we’ve expanded our TR-069 real-world Wifi tests, which let you configure your DUT with TR-069 and then verify that the device actually changed its setup, to support the Device:2 Data Model for TR-069 (also known as TR-181i2).

With new security risks coming to light every day, it is never a bad idea to take a look at older protocols that are mature in many ways. Even open source stacks suffer entropy, and so it is with the ARP protocol. While looking in depth at ARP, we discovered several flaws in our lab DUTs. Some were known issues, others not - but our new ARP test modules will let you know if your devices suffer from them too.

Read our whitepaper on these ARP issues

In every new version of CDRouter, we try to make analysis easier and automation more useful to you hardworking QA engineers and product developers out there. In 10.5 we’ve added the ability to compare test runs to see improvements or errors in results over time. This is one of the many suggestions from our users on how to make CDRouter results more useful! 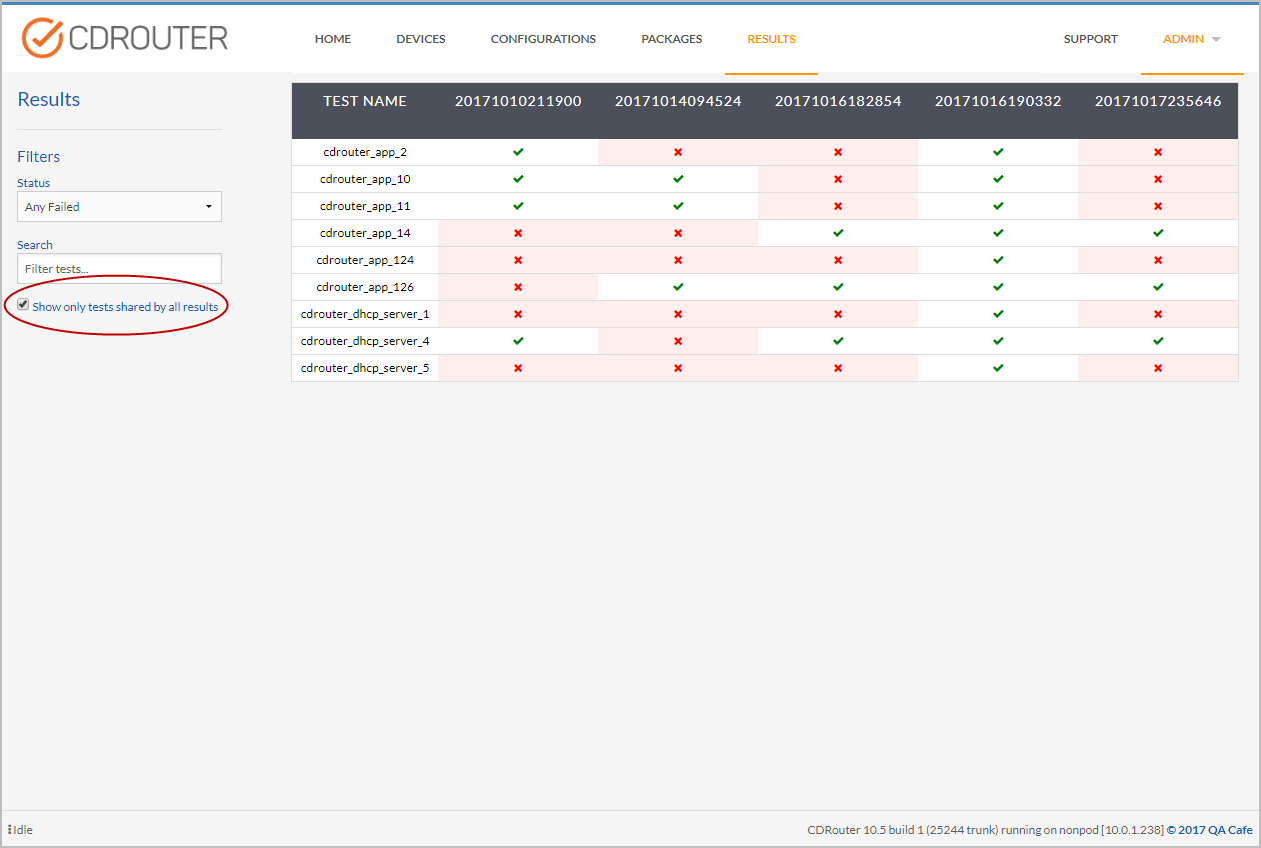 CDRouter 10.5 has this and so much more. Read the full release notes to go in-depth.