Now that mobile data connections have reached speeds acceptable for broadband access, more and more devices are using LTE as either their primary or backup WAN connection. As more devices get pushed into the home, this number will likely increase by quite a bit. How do you test routers and gateways with LTE WAN connections, that have all of the same testing needs as other home and enterprise broadband gateways? 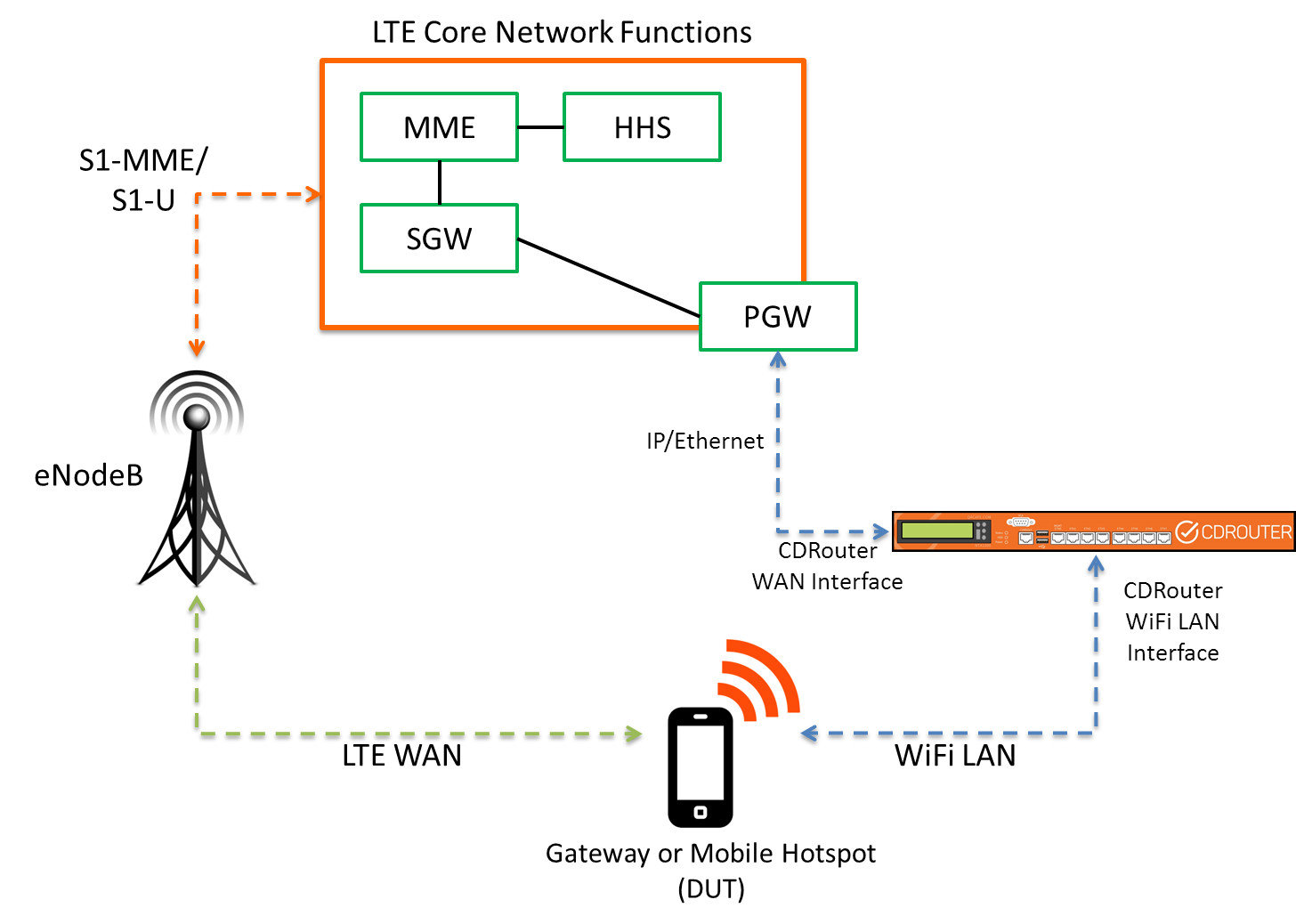 Since the LTE core network will assign the device an IP address in accordance with 3GPP System Architecture Evolution, CDRouter must be configured to expect the DUT to have a static IP address, using the wanMode test variable.

This also requires some knowledge of what the LTE core network will assign to the DUT, for example:

The testvars for setting up IPv6 for the same scenario would be these: